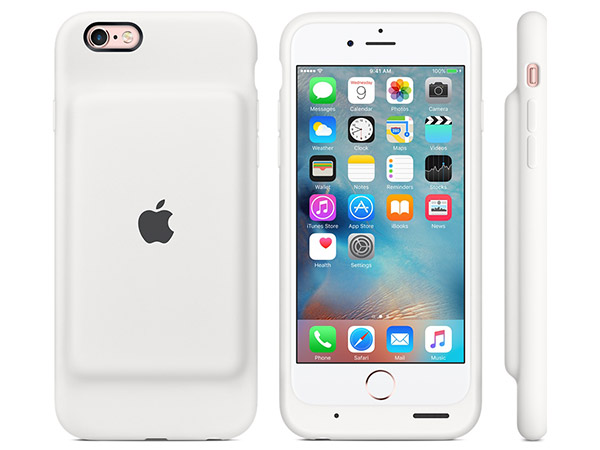 While I’ve tried to reduce the complexity in my recent power bank tips article, the mumbo jumbo can still be a tad hard to follow for non-nerds. Also, while some of the considerations can be applied to battery cases, I’ll admit the article isn’t primed for that.

Since then, I’ve people asking me if the new Apple iPhone 6S Smart Battery Case is worth buying. Now that I’ve used it in the flesh, I’m going to address this question by applying similar thought process outlined in my power bank/battery case article.

In short, here are three things you need to know (other than its striking appearance) before you fork out the moola (S$148!) for the iPhone 6S Smart Battery Case.

Thanks to iFixit, we now know that the Smart Battery Case has a 1,877mAh (at 3.8V) battery; and that’s slightly bigger than the battery in the iPhone 6S itself.

But as I mentioned in my power bank tips article, due to energy lost during the conversion process, you need quite a bit more capacity in the power bank/battery case to fully recharge the phone. In this case, the Smart Battery Case is able to recharge a fully depleted iPhone 6S up to about 80%.

Now, before you knock Apple for this, understand that the Smart Battery Case most likely isn’t designed to last you throughout a 3-day camping trip in the wilderness. For that, there are bigger cases from the likes of Mophie and ZeroLemon. Or maybe get a power bank. I posit that Apple designed its battery case to give it iPhone 6S Plus-like battery life, and then some. As well as for those who have the habit of charging their phone every night or every alternate day. If you always end the day with, say, a 20% charge on your iPhone 6S, which is too close for comfort, then this Smart Battery Case is for you.

Unlike other battery cases, the Smart Battery Case has no on/off switch. The phone draws power from it immediately. In my opinion, since it doesn’t have a humongous battery, it makes sense not to have a switch.

In fact, Apple’s implementation makes the battery case feels more integrated, versus battery cases with a power button that are often designed from a ‘backup power’ standpoint. As the Smart Battery Case’s battery is always used first, it’s also gentler on the phone’s internal battery. How so? Because it’s better to keep topping up the phone’s battery than to let the phone drain all the way down and then flick a switch to charge it back up.

Unlike other battery cases, to recharge the Smart Battery Case, you use the same Lightning cable that comes with your iPhone, instead of a micro-USB cable. When plugged into the USB power adapter, the passthrough design allows the phone to be recharged first before the case. To be fair, passthrough charging isn’t unique to Apple’s case, many third-party cases can do it too.

The Smart Battery Case also lacks a built-in battery level indicator. To see how much charge is left (for both phone and case), just check the Batteries widget in Notification Center. Also, the item being charged will display a Lightning bolt icon. Put another way, other battery cases have to have a battery level indicator because they aren’t able to integrate with iOS like what the Smart Battery Case is doing. This is another example of what I mean by Apple’s option feeling more integrated than third-party offerings.

It’s abundantly clear that the iPhone 6S Smart Battery Case isn’t for everyone.

Get it if your want your iPhone 6S (or 6) to last longer in the day, and thus just need as small as possible a package to achieve this goal. It’s more than sufficient especially if you’re going to hook it up to the wall charger every night anyway. There’s really no point in carrying a bigger and heavier contraption if that’s your use case.

Don’t get it for scenarios like a road trip where a power point is hard to come by, because the Smart Battery Case isn’t capable of recharging your phone multiple times over. Also, don’t get it if you tend to forget to charge your phone for several days in a row.

There, I rest my case.